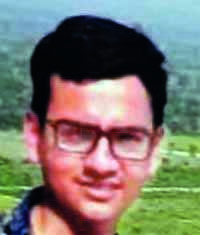 Rajkot: A 26-year-old student of M P Shah Medical College in Jamnagar was found dead in his hostel room on Tuesday afternoon. Police suspect that the deceased Maulik Michhia injected himself with some lethal dose of anesthesia.

Michhia was a native of Rajkot city and studying in the first year of post-graduation to become an anesthetist at M P Shah Medical College. On Tuesday, he was found dead on his bed in room 608 of the college’s PG hostel. Primary probe suggested that he may have ended his life by injecting himself. However, exact cause of death will be known once the postmortem report arrives.
Police said that Michhai’s parents were informed about the incident.

They were questioning Michhai’s roommates and colleagues as part of their investigation.

How to Report Problems with Flea and Tick Products

25% doses allotted to pvt hospitals, but they account for only 7.5% of total jabs, Health News, ET HealthWorld