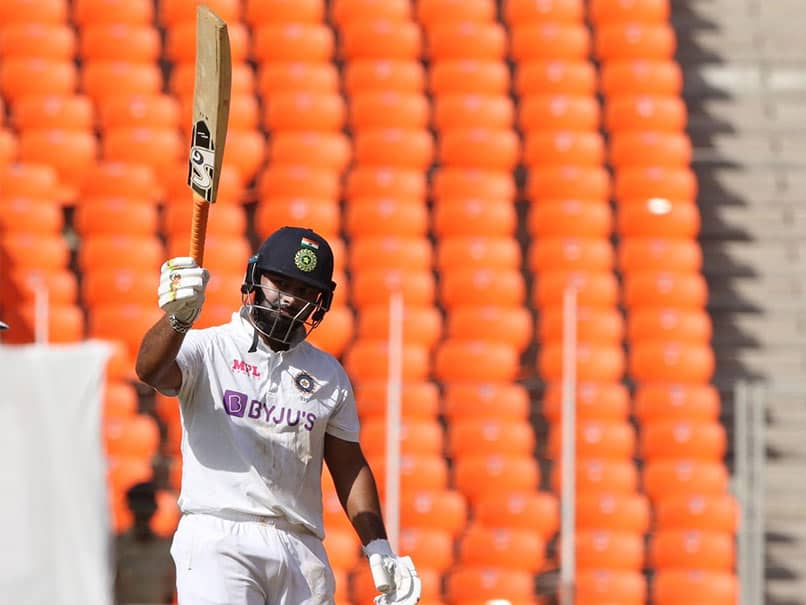 
Rishabh Pant brought up his third Test century, the first in India, on Day 2 of the fourth Test against England in Ahmedabad. Pant walked in to bat when India were in a spot of bother at 80 for 4 in reply to England’s first-innings 205 with Cheteshwar Pujara, Virat Kohli and Ajinkya Rahane all back in the pavilion. The 23-year-old took his time initially and shared a 41-run stand with Rohit Sharma before accelerating as India got closer to England’s total. He brought up his hundred off 115 balls with a six over wide long-on off Joe Root.

Pant shared a vital 41-run stand with Rohit Sharma, who batted well for his 49 off 144 at the top of the order, before Ben Stokes trapped Rohit lbw.

Pant brought up his fifty off 82 balls just after Tea and as the deficit reduced, he brought his attacking game to the fore.

He swept Joe Root through square-leg, used his feet against James Anderson when the second new ball was taken and slapped Stokes over mid-on for boundaries.

India took a lead in the first innings shortly after Tea as Pant and Sundar took full advantage of some tired England bowlers, most noticeably Stokes, and gained an upper hand on the Test.

An outrageous reverse-sweep off Anderson brought up the 100-run partnership between Pant and Sundar and moved Pant into the nineties. It didn’t take him long to go past 100.

Pant couldn’t carry on for long after getting to his hundred as he hit an Anderson delivery straight to Root at short mid-wicket to be dismissed for 101 off 118 balls.