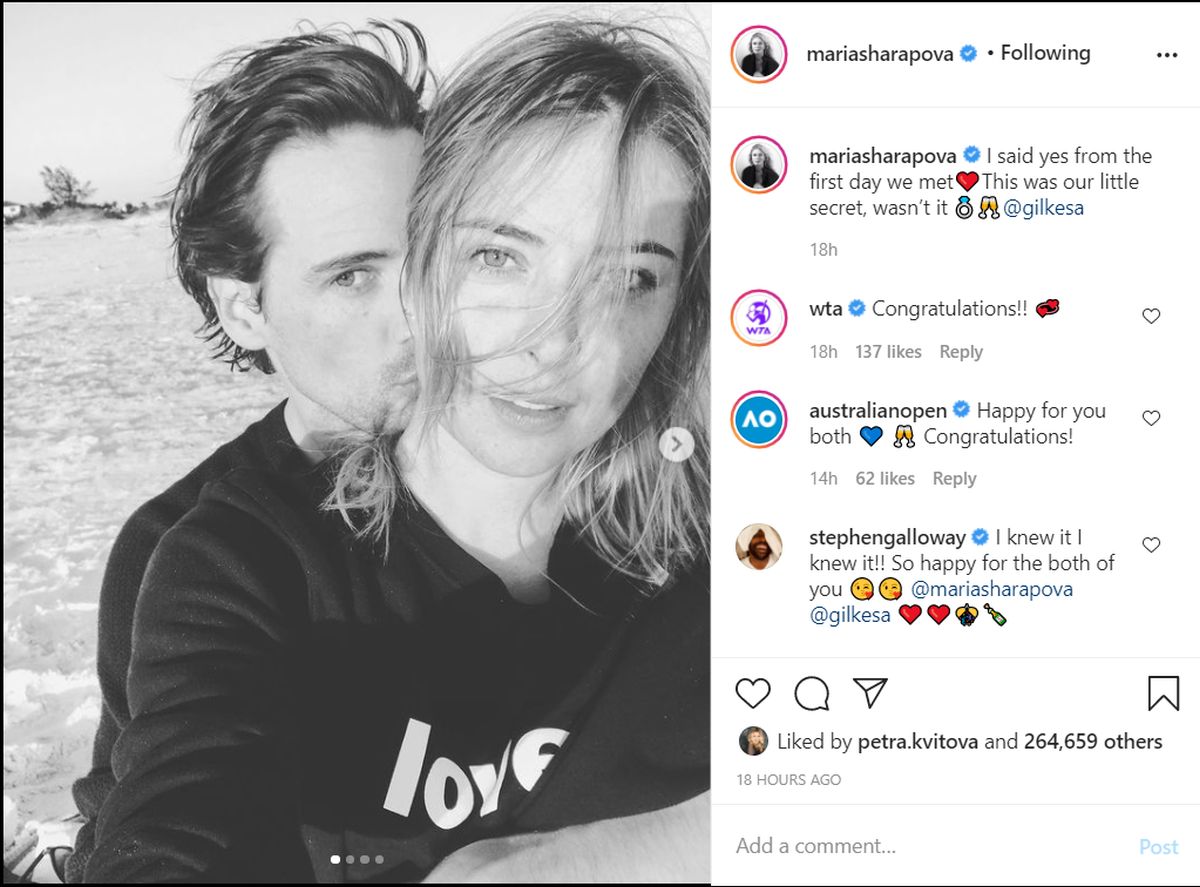 We have some great news for Maria Sharapova fans that may break a few hearts too.

No, she isn’t returning to the tennis court but the former World No 1 is now engaged!

The five-time grand slam champ made the announcement on her Instagram page.

‘I said yes from the first day we met This was our little secret, wasn’t it @gilkesa,’ she wrote on her ‘gram. 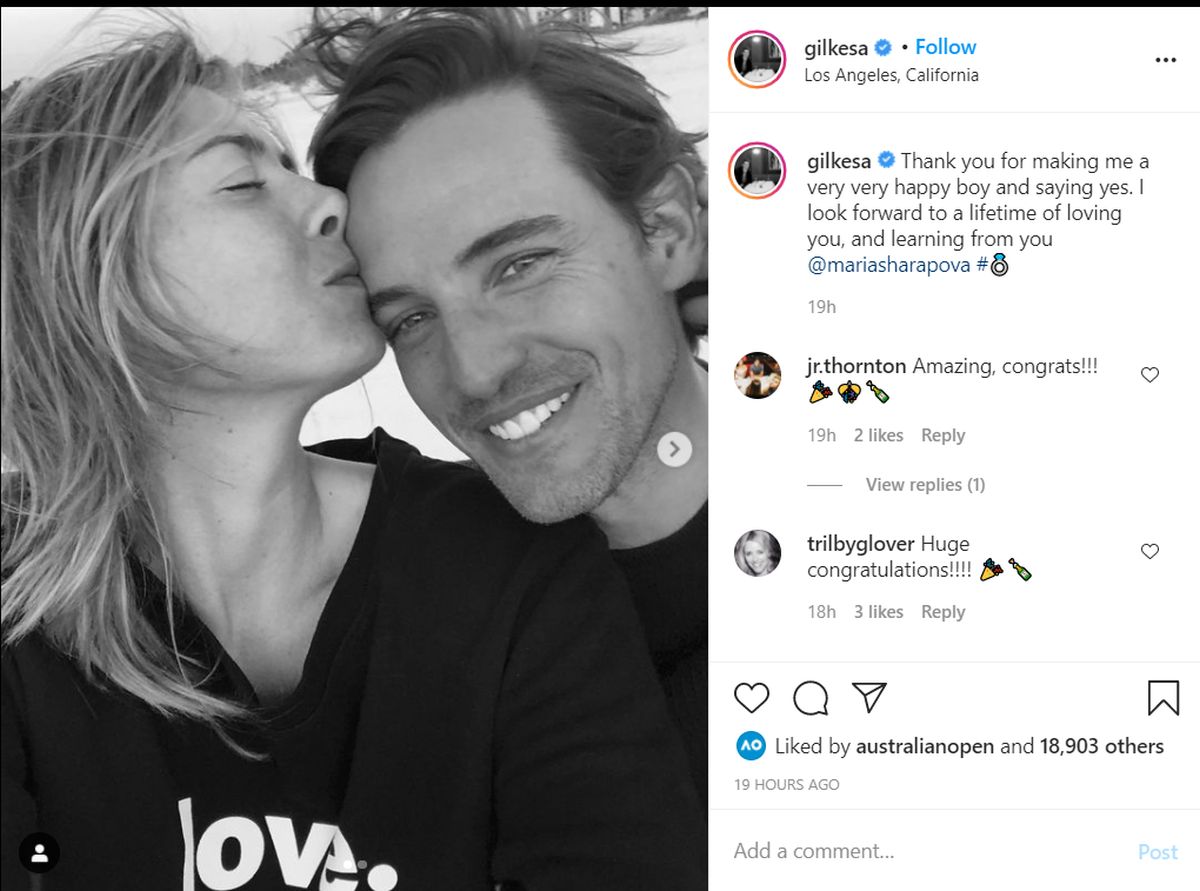 Sharapova has dated fellow tennis player Grigor Dimitrov in the past. She was engaged to Slovenian basketball player and Los Angeles Lakers guard Sasha Vujacic in 2011 before ending the engagement a year later.

Sharapova struggled with injuries and poor form since returning from a 15-month drugs ban in 2017, the result of testing positive for heart drug meldonium at the 2016 Australian Open and eventually announced her retirement from tennis in February this year.

The 40-year-old Gikes, who, like Sharapova is based in the US, is the founder of online auction platform Paddle 8.

Gilkes was earlier married to US-British fashion designer Misha Nonoo. They exchanged vows in 2012 before separating in 2016.

When And Where To Watch RSA Vs PAK In India?